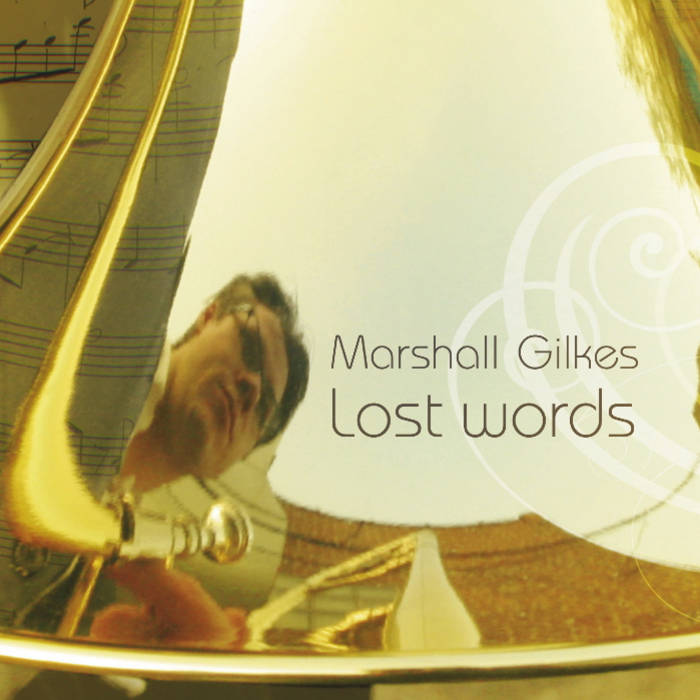 avanti Just recently discovered MG and he's one of the finest and young trombonists/composers worldwide it doesn't get any better than that :-) Favorite track: Titeuf.

One of the more refreshing jolts of 2004 was Edenderry, a debut album by a young trombonist named Marshall Gilkes (pronounced “jilks”). Not everyone can carry off a session with trombone as the sole horn. Gilkes’ eloquence and technical command, however, were apparent from Edenderry’s first notes. Pianist Jon Cowherd, bassist Matt Clohesy and drummer Johnathan Blake brought to the date an ideal mix of burning swing and sensitivity. By the album’s end it was clear that Gilkes was not only a strong player, but also an imaginative composer, with a fineear for mood, melody, texture and flow. Not surprisingly, the Brooklyn-based Gilkes has been scooped up by a wide variety of acclaimed bands, including veteran drummer Billy Cobham’s group, harpist Edmar Castaneda’s compact trio and two very different large ensembles: David Berger’s Sultans of Swing and the Grammy-winning Maria Schneider Orchestra. In the course of all this work, Gilkes has formed solid bonds with New York’s very best players, including the ones we hear on his second release, Lost Words. Cowherd, a mainstay of the Brian Blade Fellowship and a beautiful composer in his own right, remains in the piano chair. Trumpeter Michael Rodriguez, with credits including Charlie Haden and Gonzalo Rubalcaba, happened to appear alongside Gilkes in the small brass choir that graced Ryan Keberle’s Double Quartet CD (released by the Alternate Side label in 2007). By adding Rodriguez’s blistering horn to the frontline on Lost Words, Gilkes has expanded his options as an orchestrator, highlighting new colors and contrapuntal details. The rhythm section is equally vibrant. Bassist Yasushi Nakamura was a classmate of Gilkes’ in the Juilliard jazz program; the two have worked together in the Sultans, where Nakamura subbed for Dennis Irwin, now sadly departed. Drummer Clarence Penn, still in the thick of a long tenure with Dave Douglas, met Gilkes while working in Maria Schneider’s band. All of them bring chops and wide-ranging experience to Lost Words, but what Gilkes values the most is each player’s ability to project a big and authoritative sound. “Someone once told me you could have harmony, rhythm and all the other musical elements in place,” he recalls, “but if you don’t have a sound behind it, it doesn’t matter.” Gilkes’ new original pieces are elaborate in conception but direct in melodic appeal, with close attention
paid to dynamic and rhythmic variation. His affinity for Latin jazz is evident in spots, though there are fewer explicitly clave-based rhythms than on Edenderry. Instead, we hear more of a classical tinge in Gilkes’ multipart writing and subtle through-composed themes. “Late Arrival” opens deftly with a successive layering of voices in 6/8 time before shifting to a lyrical theme in a relaxed straight-eighth feel. “The Crossover” is prefaced by a virtuosic solo trombone etude — “written out, not improvised,” Gilkes notes — which introduces the motifs underlying the body of the tune itself. The criss-crossing lines convey a sense not only of bracing difficulty, but also hard-swinging energy and fun. “Titeuf,” later in the program, also has a classical dimension. “It’s basically a fugue,” Gilkes says, explaining how he came to write it after playing a gig in La Rochelle, France. “I had lunch with this family and they had this little rabbit, Titeuf, who would just show up throughout day, hopping around.” Gilkes saw something musical in Titeuf’s locomotion, and began to hear the “subject” of this fugue, a tight fourway dialogue initiated by Nakamura on bass. Rodriguez solos over a straight-eighth vamp, but Gilkes signals a shift to deep swing for his ruminative choruses. “Five Nights” builds a different kind of rhythmic interest, with the meter shifting from 5/4 to 6/4 as the form and solos progress. Rodriguez seeks out dissonant pathways in a fierce trumpet solo, but just as remarkable is Cowherd’s ability to harmonize every move in the moment, which requires highly advanced ears. “I wrote this the week after playing with Maria Schneider for five nights at the Jazz Standard,” Gilkes reveals, and though the piece captures something of Schneider’s picturesque sound, it steers clear of imitation. “Lost Words” has a soaring quality as well, with a rhapsodic piano introduction and a recurring transition, courtesy of the agile Penn, to a breakbeat or drum-n-bass feel at the end of the form. “That influence comes from my brother Geoff, who programs a lot of electronic music,” says the trombonist. If some of Gilkes’ song titles suggest a pensive, anticipatory mood, it’s no accident: he was composing at a time when completion of school and the demands of gigging made for long and tiring days, tinged with hope but also questioning, as he puts it, “What’s this all for?” The ballad “What’s Next” taps into that sentiment, and though it’s far from obvious, there’s a subterranean gospel influence here. “I was trying in theoretical terms to explore the I-IV relationship that’s very typical of gospel,” Gilkes offers. “End in Sight,” another paean to moving on after a challenging period, combines samba rhythms and stretches of 7/8 time and inspires one of Gilkes’ most intense solos of the date. “This was originally written for three horns,” he observes, “so I used rich intervals to approximate the sound of a third voice, using two horns but getting as much sound out of them as I could.” And that’s just it: With this quintet, the whole is greater than the sum. The fullness of the sound is a function of the players’ skill, but also Gilkes’ intuition as to how to harness it. And so with Lost Words comes music of broad scope and high impact, an early indication of what Gilkes is reaching for as he continues his most promising career.
David R. Adler
David R. Adler writes for The Philadelphia Inquirer, Jazz Times and many other publications.